John McBeath, The Australian, August 8 2006 – (Review of performance at Caberet Café, Adelaide)
“Many singers sound better live than they do on disc, and that is certainly true of vocalist Michelle Nicolle, formerly of Adelaide and now based in Melbourne. This national tour, accompanying the release of her fifth CD, What Kind of Fool, contains a number of songs from the new album.
Nicolle’s career has flourished since she won the national jazz vocalist award at Wangaratta in 1998. She has also won three Mo Awards and has toured extensively overseas.

Her masterful control never falters across an impressive range, reaching high into the upper register from an unexpected low bottom end. She ended the ballad The Touch of Your Lips with a graceful slide up an octave from the final note, impressive not so much for any difficulty, but for the concealment of its execution.

Most of the solo instrumental work fell to guitarist Geoff Hughes, who varied his tonal quality throughout to suit the mood, as drummer Ronny Ferella and young bassist Tom Lee delivered soft, restrained and closely integrated support. Often Nicolle added wordless riffs to the guitar solos. On Keep Your Heart Right, a quick, tricky theme was beautifully arranged with guitar and voice in perfect unison. Duke Ellington’s Azure demonstrated her ability to sustain the longest notes without a trace of fading.

The standard Too Marvellous for Words was an exercise in clever expansion and compression of lyrics at a medium tempo while never losing the melodic theme. The old Sarah Vaughan hit Poor Butterfly used a chordal guitar intro to the seldom-heard verse before moving sweepingly into its sad and beautiful theme.

The flnale was a highly expressive reading of the new CD’s title track, What Kind of Fool Am I? It was an engrossing and flawless performance.”

Tony Hillier, Cairns Review, 12 October 2006 – ( Review of performance at Tanks Art Centre, August 12)
“Australia¹s first lady of jazz, Michelle Nicolle, has had a baby since she last appeared at The Tanks several years ago, but she is still as loquacious as a little girl in a lollyshop. In between the small talk, the multi Mo award winner demonstrated the power and precision of her singing voice to a packed house.

The Melbourne-based Adelaidean has an impressive, octave-sliding vocal range and she¹s not scared to use it. Her control is unerring, from a surprisingly low bottom end high into upper register. She took everyone by surprise, herself included, at the tail-end of one song when she let rip with a yelp so piercing it would have put canines around Cairns on high alert. In Poor Butterfly, a song popularised by the great Sarah Vaughan, she received unscheduled accompaniment from one of the Tank¹s resident geckoes (having already been charmed by a green tree frog backstage!). On the Duke Ellington standard Azure she courted comparison with another legendary jazz singer, Ella Fitzgerald. Nicolle¹s reading of the tongue twister Too Marvellous For Words bore testimony to the quality of her phrasing. A Sonny Rollins¹ tune set to words (by her sister) served emphasise her sense of invention, the title track off her new CD, What Kind of Fool Am I? underlined her interpretive skills.

Nicolle’s singing was complemented to a nicety by her nimble-fingered guitarist Geoff Hughes, who combined awesome technique with adroit use of effects to match the mood of each song. Drummer Ronny Ferella and young bassist Tom Lee provided a super-tight rhythmic platform for the lead musicians.”

Bangkok Post, 2 October 2004 – (Review of Thailand International Festival Of Dance & Music)
“Throughout the Michelle Nicolle Quartet’s engaging performance they played with a laid-back rhythm with a focus on improvisation, and embraced the challenge of this approach unencumbered by past styles and more interested in focusing on the essence and uniqueness of the material at the moment..”

Jessica Nicholas, The Age, 17 December 2002 – (Review of CD Launch)
“Nicolle’s love of music and singing has a way of wrapping itself around each tune and turning her body language into an extension of each phrase.”

John Shand, Sydney Morning Herald, May 5, 2002
“Michelle Nicolle has a rare flair for jazz singing…..lively ingenuity in her phrasing, interpretation, improvising and in her exploitation of her considerable range.”

Evening Post, New Zealand, October, 2001 – (Review of performance at Wellington International Jazz Festival.)
“Thoroughly entertaining…the vocal pyrotechnics were breathtaking, yet they arrived only because the shape of the music demanded climatic exuberance.” 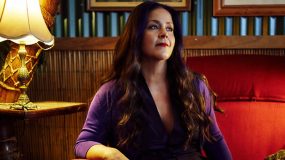 “An Australian jazz singer ready to command a world stage.” Sydney Morning Herald "I have loved Michelle Nicolle's singing perpetually and without ceasing since first I heard her.  Michelle is a singer born to sing, born to charm, enlighten and seduce through music. I only wish she lived in … END_OF_DOCUMENT_TOKEN_TO_BE_REPLACED

John McBeath, The Australian, August 8 2006 - (Review of performance at Caberet Café, Adelaide) “Many singers sound better live than they do on disc, … END_OF_DOCUMENT_TOKEN_TO_BE_REPLACED